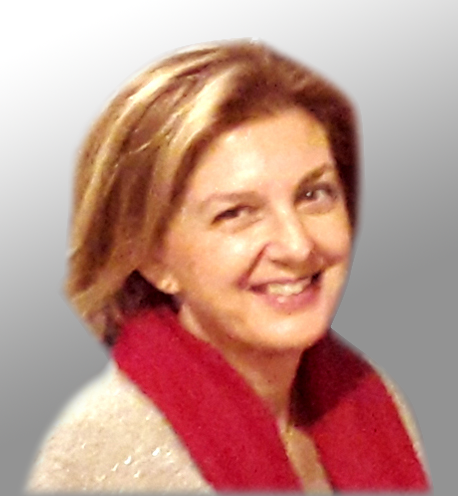 Virginia Ioannidou graduated from the German School of Thessaloniki.
She received her Diploma in Clinical Psychology from the University of Heidelberg, Germany, with a DAAD-scholarship.
She was trained in Germany in Transactional Analysis, Bioenergetics, Systemic Couples’ Therapy and Systemic Supervision (11 years of training).

Since 1985 she has worked with individuals, couples, families and groups as a psychotherapist in private practice.
She has been trained and applies traumatherapy (EMDR) in agreement with the client.
She provides seminars in schools and in organizations.
She applies mediation in cases of conflict.
Virginia Ioannidou offers systemic supervision and coaching for individuals, groups and organizations.
She trains psychologists and other mental health professionals in systemic therapy and systemic couples’ therapy in both Greece and Cyprus.

2010-2015 she collaborated with the German School of Thessaloniki as a school psychologist.
She is a member of the Hellenic Observatory for Rights in the Field of Mental Health, where she volunteers her services.

Virginia Ioannidou was a member of the editorial board of the systemic journal Metalogos during the first five years of its publication.
She has given lectures at scientific congresses and has published numerous articles in scientific journals.
She has translated v. Schlippe’s and Schweitzer’s Handbook for Systemic Therapy and Counseling from German into Greek.

Her book The Art of Being a Couple. A Systemic Approach was published in March of 2012.